These are a couple of photos I took while we were on a cruise back in June. The clouds were magnificent. This is off Mystery Island (Aneityum Island), Vanuatu. 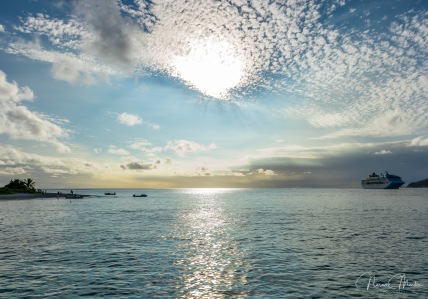 I almost didn’t go for my planned shoot after work this afternoon because of the cloud cover but I’m glad I did. It looked like rain was going to set in but for a short time the clouds parted for this glorious sunset over the Captain Cook Bridge. Within an hour it it was blue. Nature certainly likes to show off 🙂 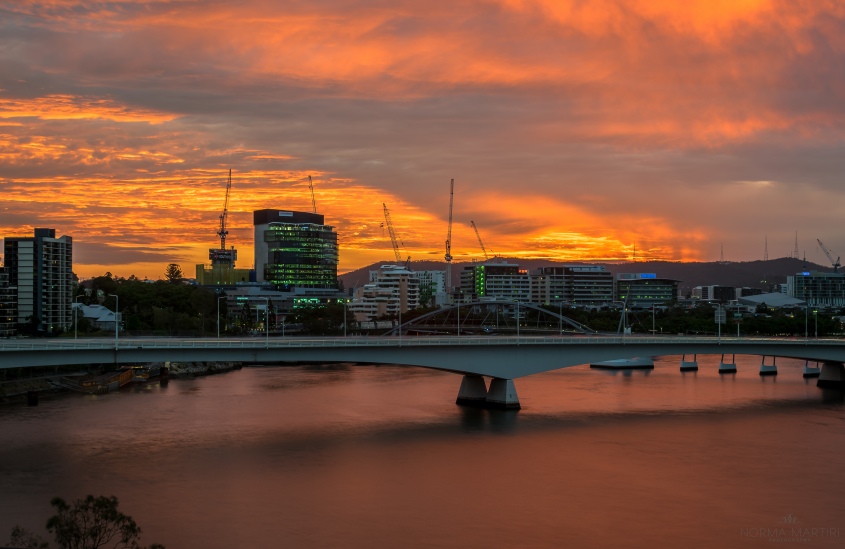 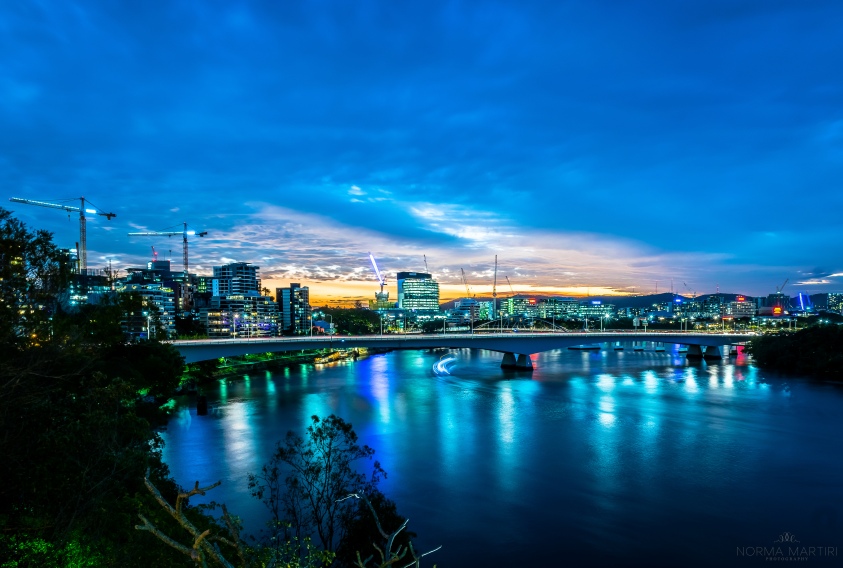 We just spent a week in beautiful Adelaide in South Australia so I will be adding a more photos soon. Here are a few to start on my Adelaide series. Watch this space 🙂 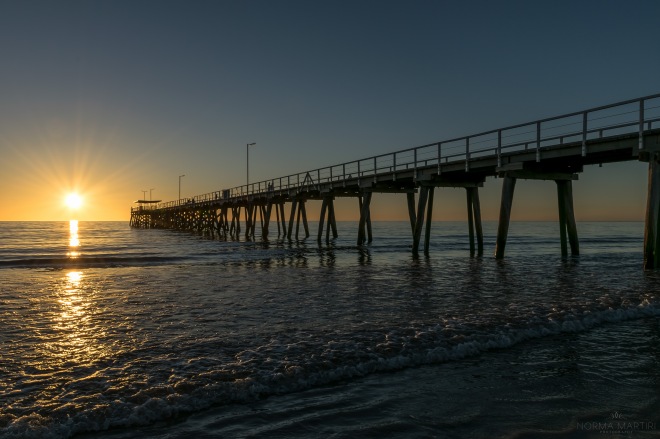 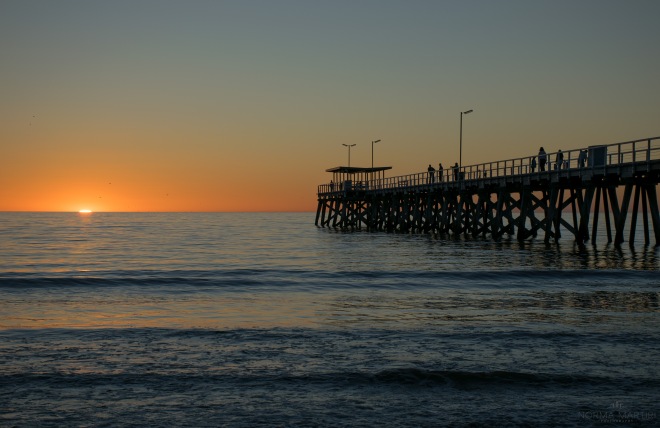 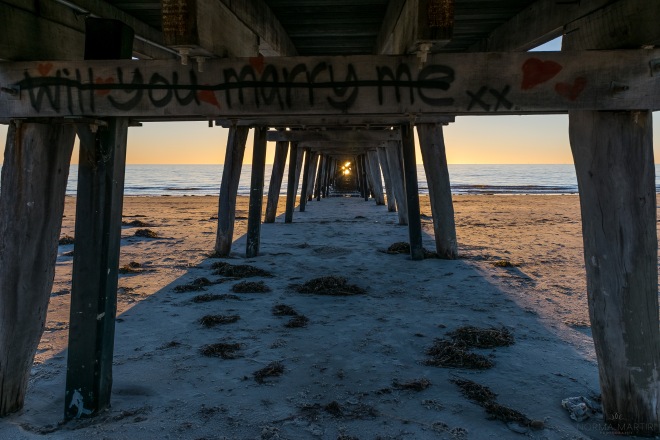 If there is magic on this planet, it is contained in water. 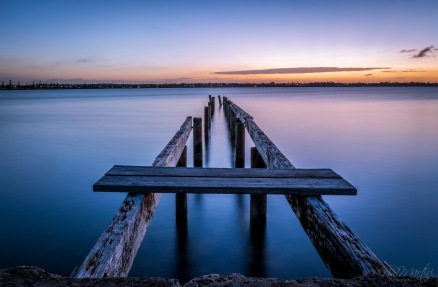 How nice it is have this ship wreck only a 30 minute drive away. HMQS Gayundah was a flat-iron gunboat operated by the Queensland Maritime Defence Force and later the Royal Australian Navy (as HMAS Gayundah). She entered service in 1884 and was used to protect the coast line with its many bays and estuaries. In 1903 became the first warship within Australia to use wireless telegraphy. In later years, the Gayundah became a tender sea ship and a mine sweeper.

In 1921, she was decommissioned and sold to a civilian company and was stripped and converted into a gravel barge and used in Brisbane until the late 1950s when she was scrapped. In 1958, Gayundah was run aground at Woody Point near Redcliffe to serve as a breakwater structure. She is now a rusted shell and it may be a sad ending but Gayundah still protects the Australian shoreline from erosion, well for a little longer at least.
[Source1] [Source 2] 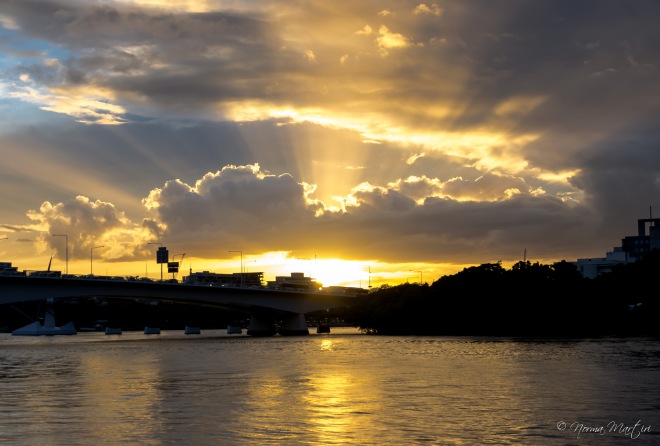 Concentrate all your thoughts upon the work at hand. The sun’s rays do not burn until brought to a focus.

I caught this magical sunset in Rome, the Eternal City, and that’s where I left my heart. 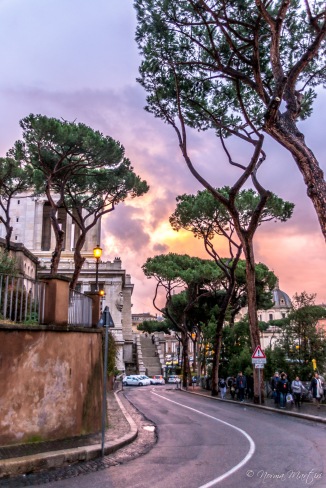 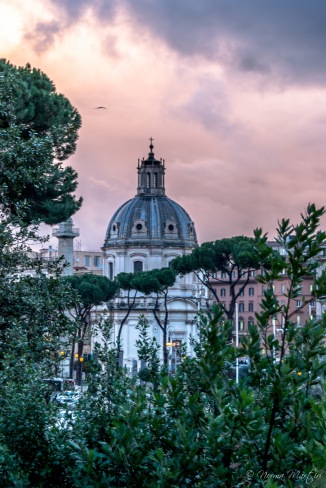 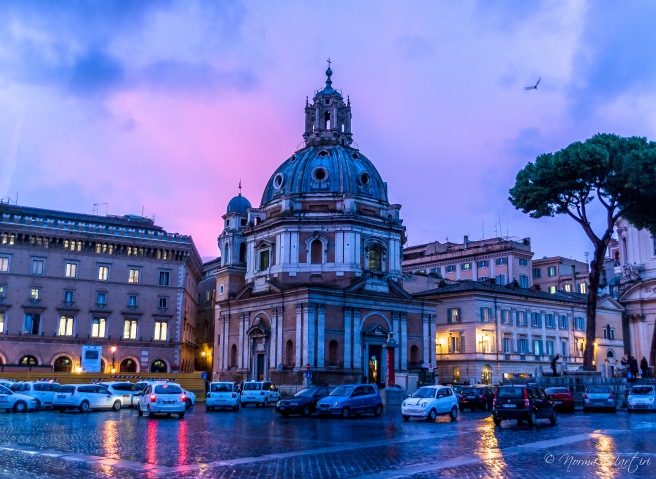 There he sat silhouetted against the sunset while I took a photo of the the view. It took a while before I noticed the kookaburra sitting, not on the old gum tree, but on the pole while a storm brewed in the distance. Kookaburras are my favourite birds so I was pretty happy to see him. I love their call. 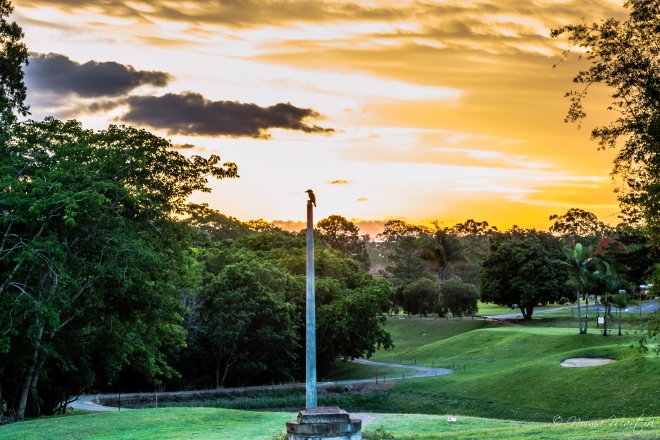 This tree stands alone on the shore at Wellington Point. It makes and interesting subject. 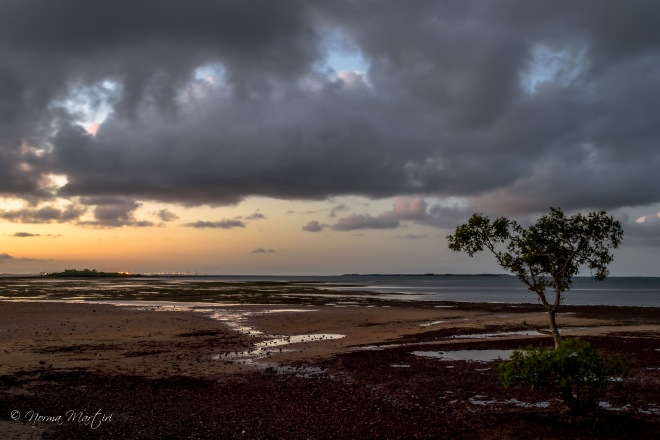 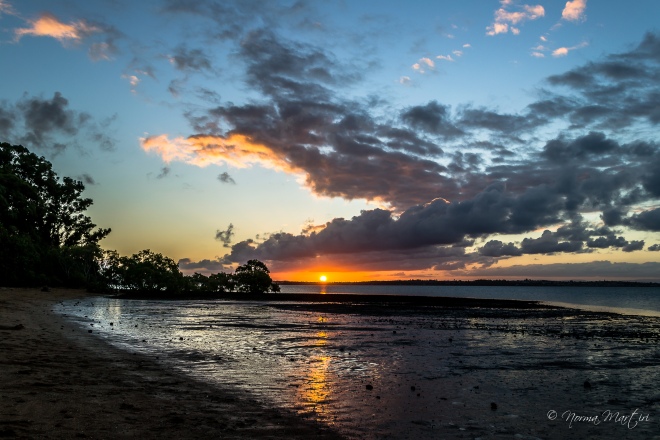 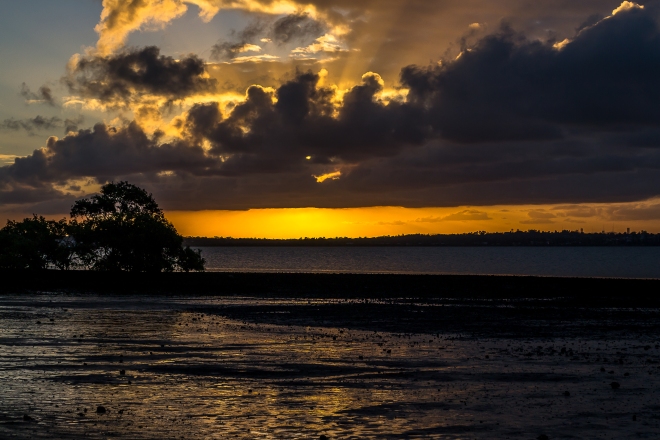