The Walter Taylor Bridge (in the foreground) is unique among Brisbane bridges in that the two towers of the bridge house residential accommodation, which were occupied until mid 2010 when the last members of the original tollmaster’s family moved out.  The bridge was conceived, designed, built and funded by local visionary Walter Taylor, who lived nearby. It was opened in 1936 and operated as a toll bridge until the 1960s.  The bridge is a suspension bridge and the support cables were actually surplus support cables used to hold up the incomplete halves of the Sydney Harbour Bridge during its construction. When the bridge opened it had the longest span of any suspension bridge in Australia. The site has four bridges side by side – the Walter Taylor Bridge (vehicle), the Indooroopilly Rail Bridge (rail), the Albert Bridge (rail) and the Jack Pesch Bridge (pedestrian/cycle). 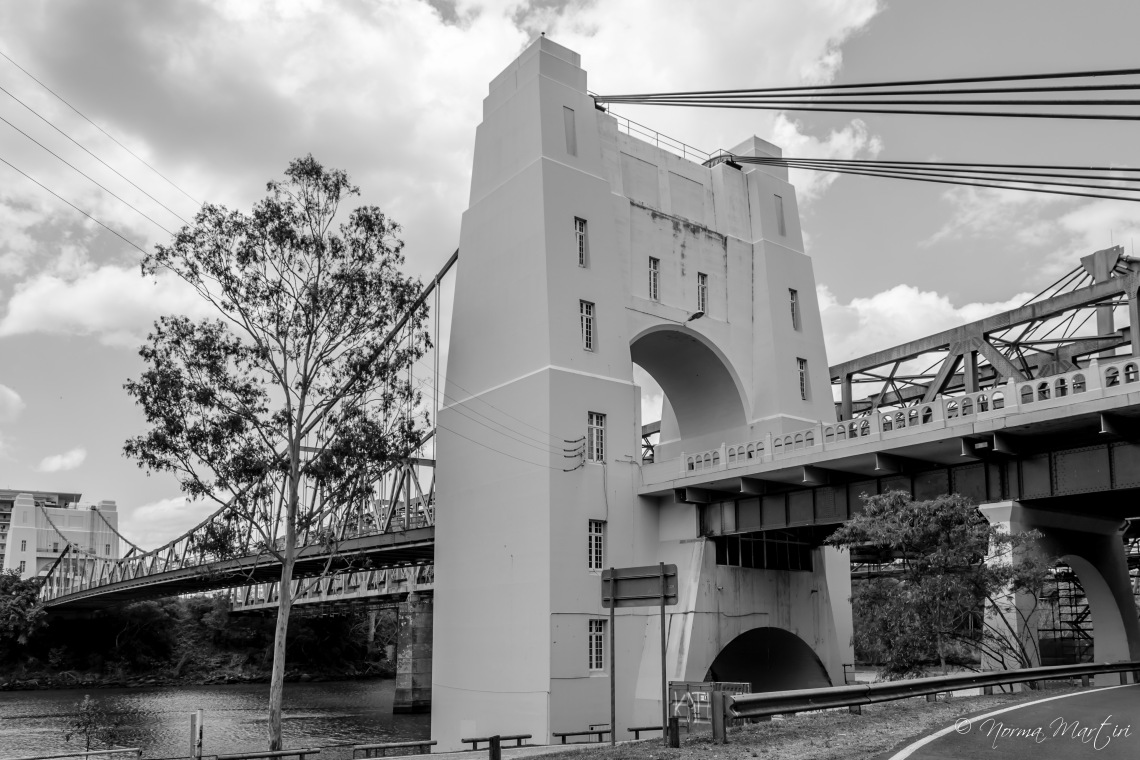 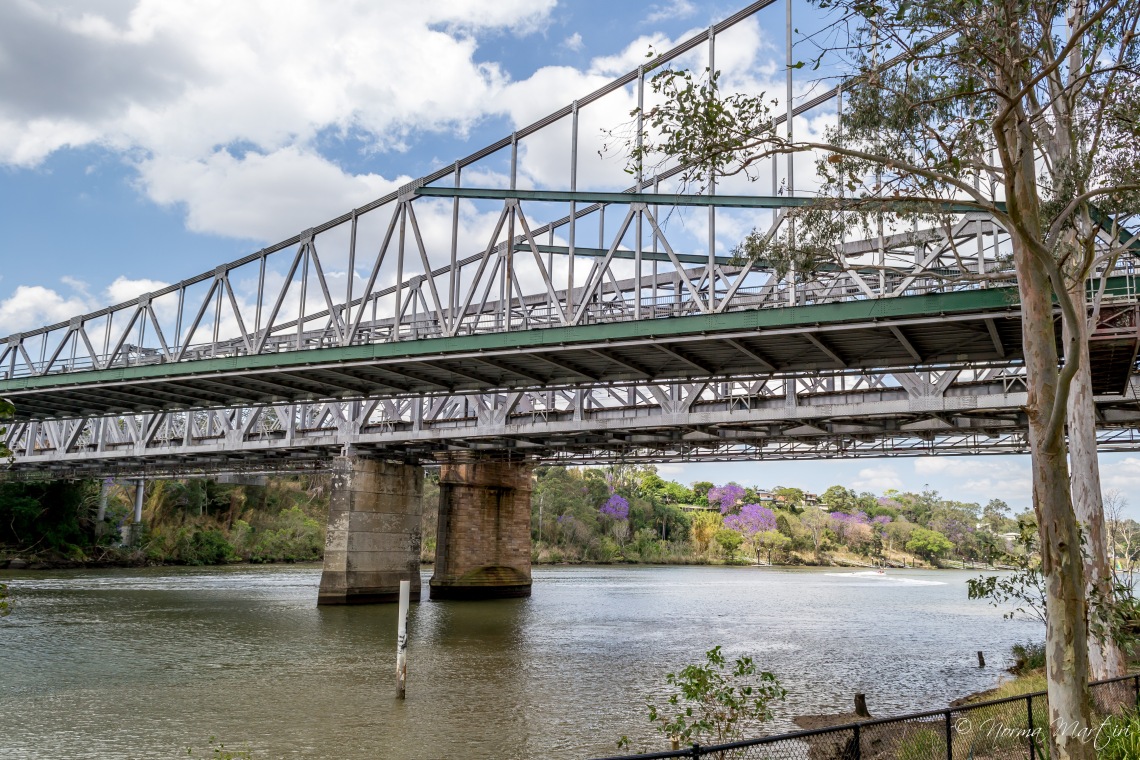 View all posts by Norma Martiri

Your thoughts and comments are appreciated Cancel reply